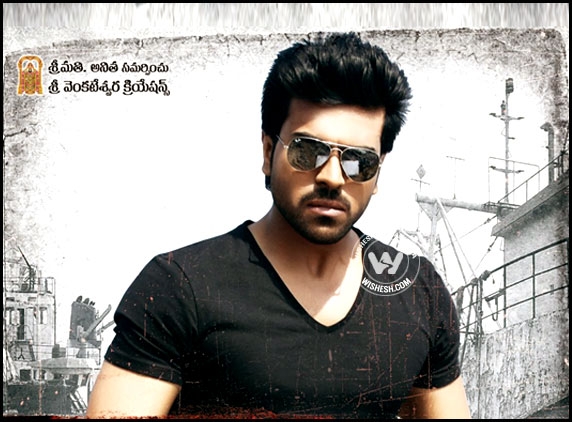 Producer Dil Raj has two films on hand all ready to release- NTR starrer 'Ramayya Vasthavayya' and Ram Chran starrer 'Yevadu'.  Luck element is prominent in film circles and Dil Raj has ample of it as it proved in many occasions.  In fact Pawan Kalyan’s ‘Attharintiki Daaredhi’ and Charan’s ‘Yevadu’ were slated for release with a gap of one week one and half months ago.  But Dil Raj withdrew his ‘Yevadu’ movie announcing that it is done to honor the sentiments of Pawan Kalyan’s fans.  The wise action proved to be lucky enough when Samaikyandhra movement started within two days of his announcement of postponing the release of ‘Yevadu’.

Now as the release of Thoofan, slowly producers are gathering courage to caste light on the films in the boxes.  As a result Dil Raj has to release only one of his movies.  As already Ramcharan’s movie was released recently, Dil Raj must have thought of releasing other movie in which NTR played the lead role.

He might have considered releasing Yevadu first if the Zanjeer/Thoofan movies fared well.  But apparently he did not want to take risk when an alternative is available.  Second reason as revealed by Dil Raj is sentimental that the movie of NTR’s ‘Brindavanam’ released in October hit box office previously.  When a sentiment is attached to a decision nobody questions further.

Now, as far as Yevadu is concerned, it may take some time as he cannot make his one film compete with his other film.  But it may not take too long as Dil Raj has a way of honoring sentiments of the fans of the stars.