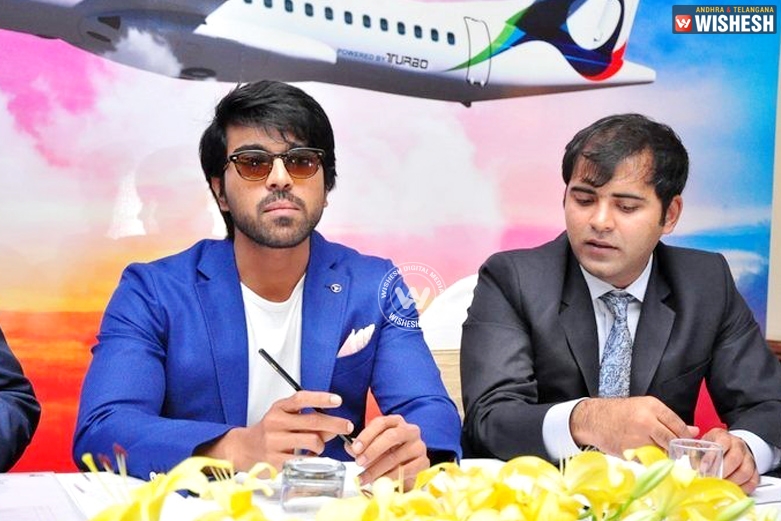 Ram Charan, the popular film actor is officially stepping into the business field. Regarding this, he is about to launch his new flight in the name of Trujet.

The services of Trujet would come into the implementation from July 12th. As per the information, Trujet would firstly provide the domestic services. Regarding this, it runs through Shiridi, Tirupathi, Rajahmundry, Vijayawada and Vizag.

Charan had participated in the official meeting regarding the launch of Trujet. Speaking on the occasion, Charan said that, “stepping into the business field and that too in aviation services, is truly a challenging task, and at the same time, it is exciting too. I hope to provide the best services to the passengers through the Trujet.”

In the meeting, there are other officials, who congratulated Ram Charan and wished all the success of his business venture. They expressed the confidence in Ram Charan saying that, he has all the capabilities to carry on the business successfully.