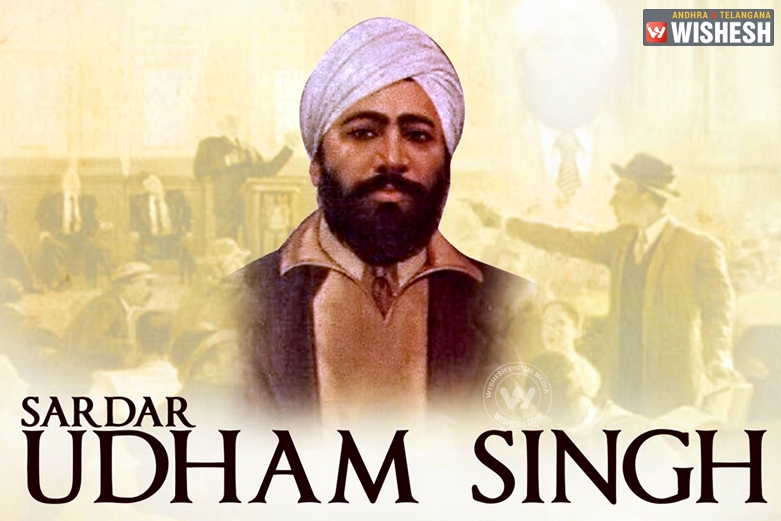 Today the 31st July is the death anniversary of the great martyr Sardar Udham Singh. He laid is life at an age of 40 for the independence of this country. He assassinated Michael O'Dwyer on 13 March 1940 as a revenge for the Jallianwalla Bagh Massacre.

Udham Singh was born as Sher Singh on 26 December 1899, at Sunam in the Sangrur district of Punjab, India, as a Kamboj Sikh. His father, Sardar Tehal Singh Jammu was a railway crossing watchman in the village of Upalli. After his father's death, Singh and his elder brother Mukta Singh, were adopted by the Central Khalsa Orphanage Putlighar in Amritsar. While in the orphanage, Singh was administered the Sikh initiatory rites and received the name of Udham Singh. He passed his matriculation examination in 1918 and left the orphanage in 1919.

On 10 April 1919, a number of local leaders, including Satya Pal and Saifuddin Kitchlew were arrested under the Rowlatt Act. Protestors against the arrests were fired on by British troops, British banks were burned and four Europeans were killed. On 13 April, over twenty thousand unarmed protestors assembled in Jallianwala Bagh, Amritsar. Singh and his friends from the orphanage were serving water to the crowd. Troops were dispatched to restore order after the riots under the command of Brigadier-General Reginald Dyer. Dyer ordered his troops to fire without warning on the assembled crowd in Jallianwala Bagh. People tried to escape by climbing the park walls or jumping into a well for protection. An estimated 379 people were killed and over 1,200 were wounded. Singh was deeply affected by the event. The governor of Punjab, Michael O'Dwyer supported the massacre and Singh held him responsible.

Singh became involved in revolutionary politics and was deeply influenced by Bhagat Singh and his revolutionary group. In 1924, Singh became involved with the Ghadar Party, organizing overseas Indians towards overthrowing colonial rule. In 1927, he returned to India on orders from Bhagat Singh, bringing 25 associates as well as revolvers and ammunition. He was arrested for possession of unlicensed arms. Revolvers, ammunition and copies of a prohibited Ghadar Party paper called "Ghadr-i-Gunj" ("Voice of Revolt") were confiscated. He was prosecuted and sentenced to five years in prison.

Upon his release from prison in 1931, Singh's movements were under constant surveillance by the Punjab police. He went to Kashmir, where he was able to evade the police and escape to Germany. In 1934, Singh reached London, where he planned to assassinate Michael O'Dwyer.

He was firmly determined to kill O’Dwyer, who had returned to England. He got acquainted with O’Dwyer and became more and more familiar with him. In 1940, O’Dwyer even invited him for Tea at his Devonshire residence. Udham Singh accepted the invitation. He could have killed O’Dwyer then and there. Yet he avoided it, so that he could kill O’Dwyer in full public view.

On 13 March 1940, Michael O'Dwyer was scheduled to speak at a joint meeting of the East India Association and the Central Asian Society (now Royal Society for Asian Affairs) at Caxton Hall. Singh concealed his revolver in a book and entered the hall and stood against the wall. As the meeting concluded, Singh shot O'Dwyer twice as he was moving towards the speaking platform, killing him immediately. Singh did not attempt to flee and was arrested on site.

On 1 April 1940, Singh was formally charged with the murder of Michael O'Dwyer. On 4 June 1940, his trial commenced in the Central Criminal Court, Old Bailey, before Justice Atkinson. When asked about his motivation, Singh explained:

I did it because I had a grudge against him. He deserved it. He was the real culprit. He wanted to crush the spirit of my people, so I have crushed him. For the full 21 years, I have been trying to wreak vengeance. I am happy that I have done the job. I am not scared of death. I am dying for my country. I have seen my people starving in India under the British rule. I have protested against this, it was my duty. What a greater honour could be bestowed on me than death for the sake of my motherland?

Singh was convicted and sentenced to death. On 31 July 1940, Singh was hanged at Pentonville Prison and buried within the prison grounds.

Prior to passing the sentence Mr. Justice Atkinson asked Udham Singh whether he had anything to say. He spoke for 20 minutes. The judge could not tolerate this narration about the British Government’s complete exploitation of Hindustan.

Udham Singh said: ‘I don’t care, I don’t mind dying. What Is the use of waiting till you get old? This is not good. You have to die when you are young. That is good, that Is what I am doing. I am dying for my country. I just shot to make a protest. I have seen people starving In India under British Imperialism. I have done it, the pistol went off three or four times. I am not sorry for protesting. It was my duty to do so. Just for the sake of my country to protest. I do not mind my sentence. Ten, twenty or fifty years or to be hanged. I have done my duty.’

‘I was never afraid of dying so soon I will be getting married with execution. I am not sorry as I am a soldier of my country, it is since has been 10 years when my friend (Bhagt Singh) has left me behind and I am sure after my death I will see him as he is waiting for me it was 23rd and I hope they will hang me on the same date as he was.’

‘I say down with British Imperialism. You say India does not have peace. We have only slavery. Generations of so called civilization has brought for us everything filthy and degenerating known to the human race. All you have to do is read your own history. If you have any human decency about you, you should die with shame. The brutality and bloodthirsty ways in which the so called intellectuals who call themselves rulers of civilization in the world are of bastard blood.’

‘I do not care about sentence of death. It means nothing at all. I do not care about dying or anything. I do not worry about it at all. I am dying for a purpose.’ Thumping the rail of the dock, he exclaimed, ‘We are suffering from the British Empire. I am not afraid to die. I am proud to die, to have to free my native land and I hope that when I am gone, I hope that in my place will come thousands of my countrymen to drive you dirty dogs out; to free my country.’

‘I am standing before an English jury. I am in an English court. You people go to India and when you come back you are given a prize and put that in the House of Commons. We come to England and we are sentenced to death.’

‘I never meant anything, but I will take it. I do not care anything about it, but when you dirty dogs come to India there comes a time when you will be cleaned out of India. All your British Imperialism will be smashed.’

‘Machine guns on the streets of India mow down thousands of poor women and children wherever your so-called flag of democracy and Christianity flies.’

‘Your conduct, your conduct - I am talking about the British government. I have nothing against the English people at all. I have more English friends living in England than I have in India. I have great sympathy with the workers of England. I am against the Imperialist Government.’

‘You people are suffering - workers. Everyone is suffering through these dirty dogs, these mad beasts. India is only slavery. Killing, mutilating and destroying - British Imperialism. People do not read about it in the papers. We know what is going on in India.’

Udham Singh held his head high and stated that he is happy to die for the sake of his motherland. Such was his commitment towards Hidustan.

The great son of this country has sacrificed his life for the freedom of the country. But unfortunately the leaders like Gandhi and Nehru, who are so much concerned about their image and to take credit of the freedom struggle deceived Udham Singh.

Mahatma Gandhi condemned the 10 Caxton Hall shooting, saying, "The outrage has caused me deep pain. I regard it as an act of insanity. I hope this will not be allowed to affect political judgement."

Jawaharlal Nehru wrote in The National Herald, "The assassination is regretted but it is earnestly hoped that it will not have far-reaching repercussions on the political future of India."

Whereas, The Times of London called him a "fighter for freedom", his actions "an expression of the pent-up fury of the downtrodden Indian people." Bergeret from Rome praised Singh's action as courageous. 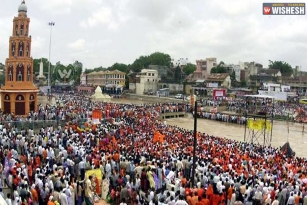