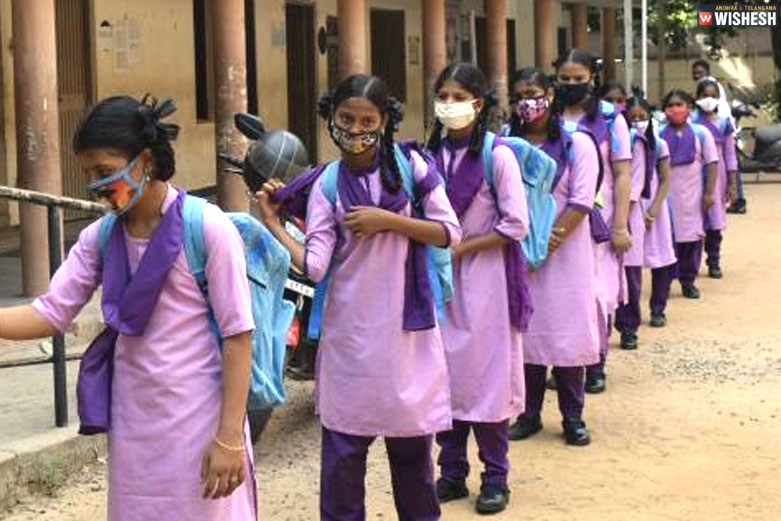 Telangana Schools and Colleges to Reopen from September 1st

Telangana Schools and Colleges to Reopen from September 1st

Telangana Schools and Colleges to Reopen from September 1st:- With a steep decline in the new cases of coronavirus, the Telangana Health Department recently announced that the normalcy is back in the state. Telangana Chief Minister K Chandrasekhar Rao (KCR) announced that all the educational institutions from KG to PG will be reopened from September 1st and he instructed the officials to make the arrangements for the same. KCR chaired a meeting that is held in Pragati Bhavan yesterday after which a media statement was issued by the Chief Minister's Office. State's Education Minister P Sabitha Indra Reddy along with the officials of the Education Department were present for the meeting. KCR wanted all the government and private educational institutions to be reopened from September 1st.

The Panchayat Raj and the Municipal Administration department officials are instructed to ensure the cleaning and sanitization of the premises and hostels that are run by the state government in Telangana. He instructed that the institutions should be ready by August 30th. The Health and the Education departments submitted reports about the closure of the institutions which is leading to mental and physical stress among the children. The recent surveys also said that the parents are ready to send their children to schools. The Health Department reported that the situation of coronavirus in Telangana is under control. Special instructions will be issued and the educational institutions will have to follow them without fail. The government is keen to vaccinate the entire schooling staff including the teachers before the schools and colleges are reopened.