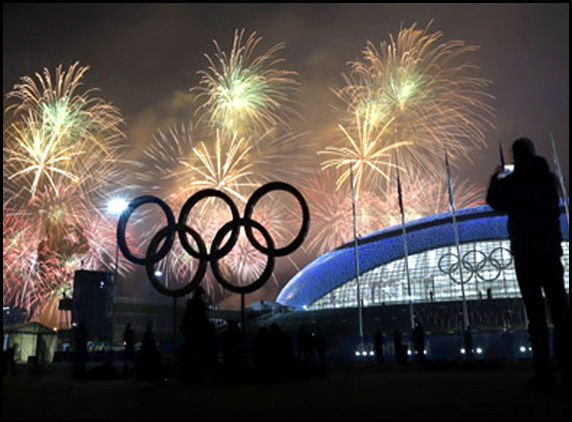 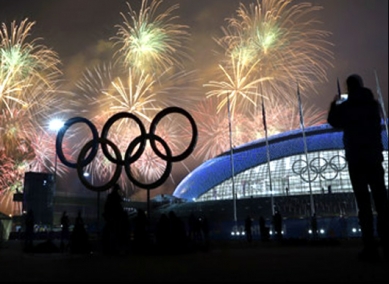 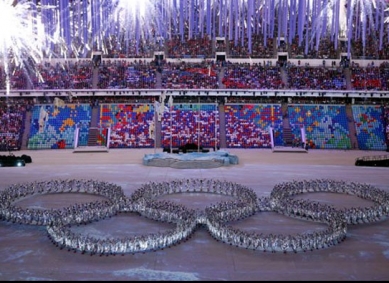 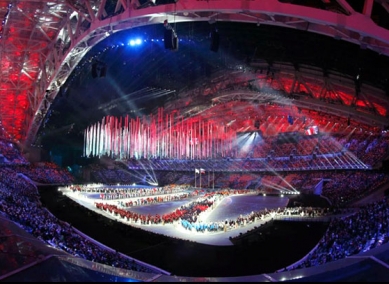 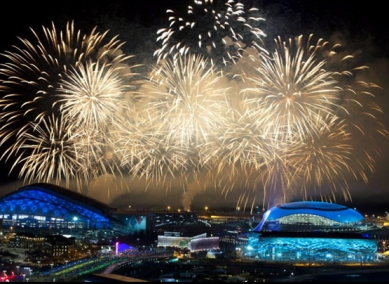 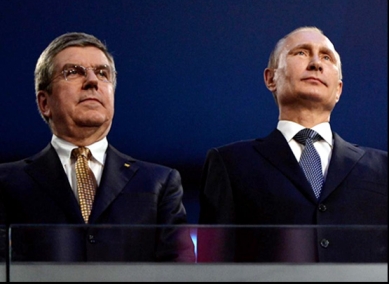 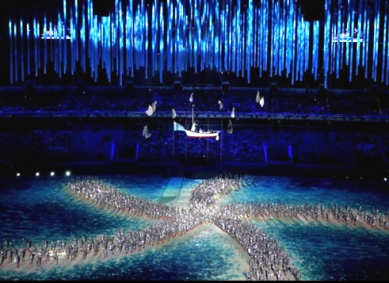 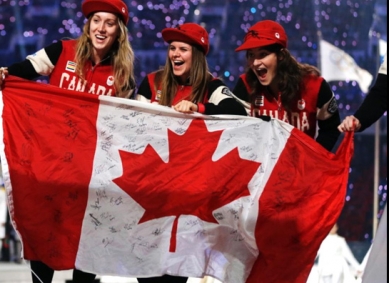 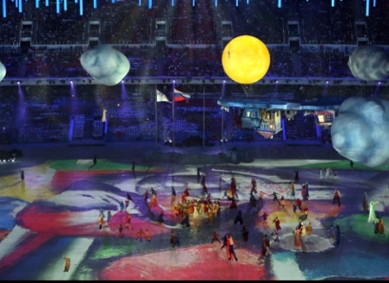 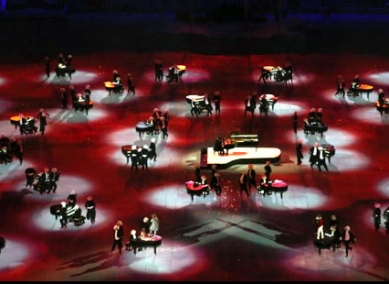 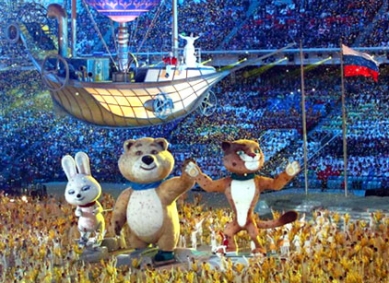 Russia bids a good bye to the XXII Winter Olympics in Sochi on Sunday February 23rd. Like the opening ceremony, the closing ceremony was also performed remarkably well. The Russian government has invested a lot in this event despite getting threats from the terrorist groups.

A man captures the Olympic symbol outside the stadium.