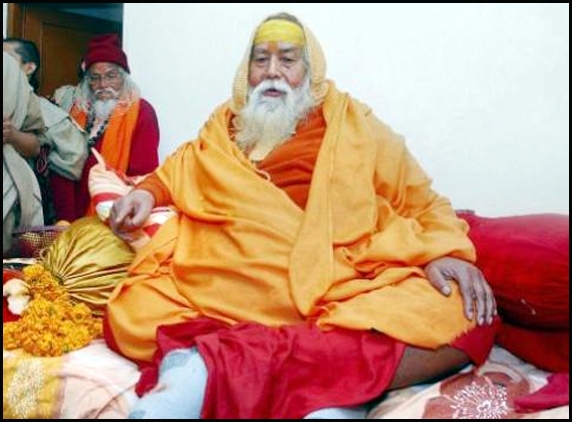 Spirituality is only an understanding of an individual.  It cannot be expressed totally within the limited boundaries of a language.  It makes it impossible to explain in a definite term meaning that its definition is not possible.  A guru can only initiate a disciple to acquire his own knowledge about spirituality.  But it cannot be given to others.  Knowledge only has to be acquired but cannot be given.  One can be directed to get the answers for the questions in spiritual pursuit but the answers cannot be given.

Religious people like Shankaracharya of Dwaraka Peeth Swaroopananda can only recite from Vedas and infer to the extent their imagination goes.  His statement that Sai Baba is not God and for that reason should not be worshipped shows the irresponsibility towards the society having people of beliefs of their own.

His strong point is that only avatars available in the scriptures in Kali Yuga in which we are at present are Buddha and Kalki.  Buddha is already over and now looking forward to Kalki who will appear at the end of Kali Yuga.  As Sai Baba’s name is not mentioned by the ancestors, as per the Shankaracharya of Dwaraka peetham, he should not be worshipped.

He also advised not to make any more temples of Sai Baba as conspiracy by foreign countries is going on in those missions encouraging building of Sai Baba temples so that Hindu communities will not be united.  He parts with a piece of his mind that number of Sai Baba temples are made only to distract the Hindus from Ram temple movement in Ayodhya.  The last point indicates a political tinge in it.

The statement of Shankaracharya Swaroopananda only hurts the feelings of Saibaba devotees and questions the religion of Saibaba the way they were raised at the initial times of Saibaba living physically and preaching for love towards every one for peace in the society.

For that matter Telangana Congress party leaders should be applauded for constructing a temple for Sonia Gandhi, performing pooja and distributing prasadam.