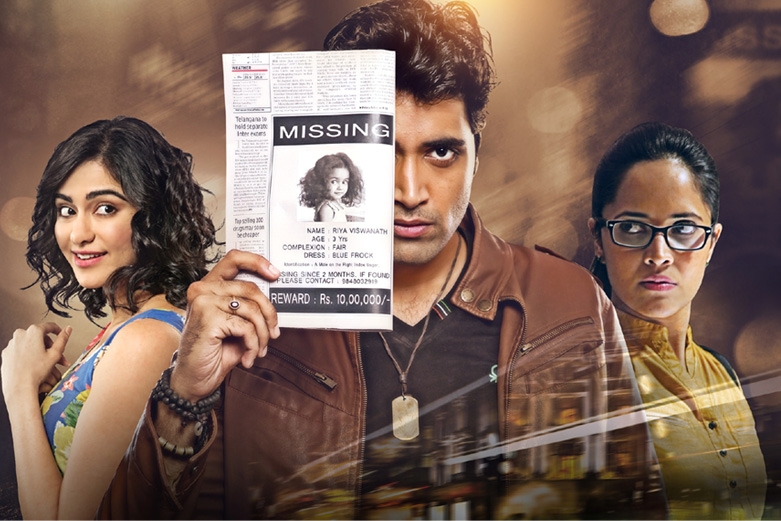 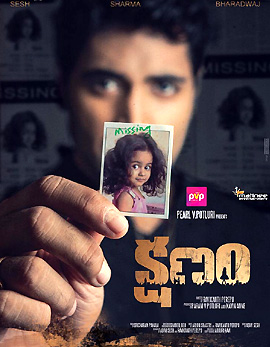 While Swetha (Adah Sharma) was in search of her missing baby, she calls her ex-husband Rishi (Adivi Sesh) for help. Rishi readily accepts her request and goes in the vigorous search of the baby girl Riya.

In this hunt, he comes across several shocking things about Riya and her husband. The existence of her daughter Riya is the major twist of the film that forms the rest of the film’s plot. 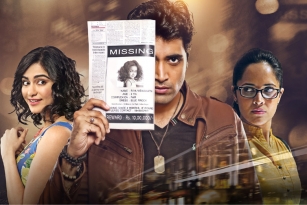 After a long time, Tollywood finally witnessed a unique subject, which has the capacity of giving the edge of the seat experience for most of the duration of the film.

The process of searching a baby girl has been narrated in an interesting way and the complete movie has been laced with loads of human emotions that are impressive. A mother’s pain, a father’s restlessness and a guy’s struggle have been told in the best way with Kshanam.

The suspense atmosphere created at the interval bang, gives a proper justifiable answer in the second half. While watching the film, it makes the audience go on speculating about the further happenings and most of the times those speculations would go wrong.  That is the intelligence, the makers used in the screenplay.

Adivi Sesh though was a talented actor, the poor success rate of his films, could not elevate his performances till date. (However the small role in Baahubali, which do not have much to expose his acting abilities has nothing to project him specially). But finally, Kshanam is a bang to this fair and fashionable hero.

Adah Sharma gave her best even in a challenging role in the film. Anasuya Bharadwaj is perfect as the powerful cop. Satyadev has been good enough and Ravi Varma has been explosive. Rajesh and Vennela Kishore did a decent job with the assigned roles.

The screenplay by Adivi Sesh and Ravikanth should have a special mention for sure. It has been gripping enough and the twists placed at the right time. The dialogues by Abburi Ravi have been decent and apt. The background score of Kshanam has been racy and it elevated the film at the right moments. The songs have been melodious and the cinematography was good. The production values by PVP have been lavish and grand. Ravikanth sure makes an interesting debut with a gripping murder mystery narrated interesting.

A unique plot with a well executed narration makes Kshanam go well, regardless of the classes of the audience.