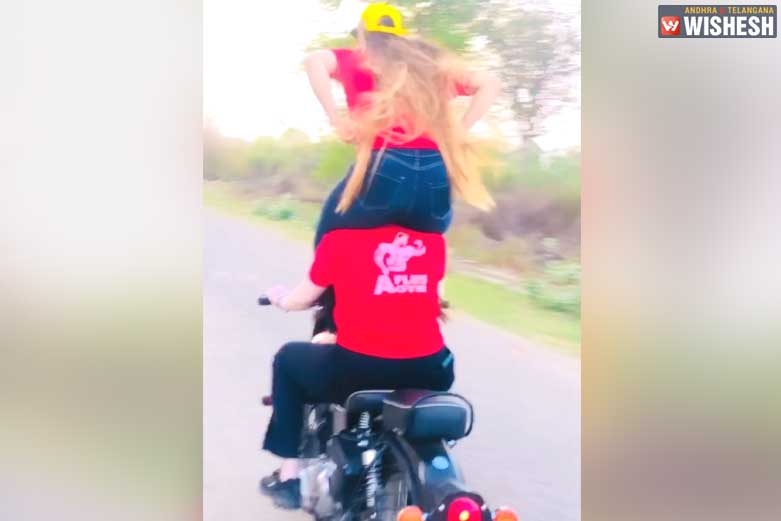 Two Women fined Rs 28,000 for performing Dangerous Stunts on Bike:- Interesting and sensational videos go viral across the internet and they get widely circulated across the circles of social media. Two social media influencers posted a video of them performing some dangerous stunts on their bike. These videos went viral and the influencers landed into trouble. Ghaziabad traffic cops issued fines of Rs 28,000 for Shivangi Dabas and Sneha Rajvanshi after their videos went viral. A hefty fine was imposed after challans are issued on various counts of traffic rule violations. The combined challans are said to be Rs 28,000 as per the Ghaziabad Traffic SP Ramanand Kushwaha.

The Uttar Pradesh also issued serious warnings and reminded the people that performing such stunts is a punishable offense and the copy of the challan was shared for the public. They shared a video message about the stunts performed. Shivangi Dabas responded about the challans saying that she received a number of challans: Rs 11,000 for one and Rs 17,000 for the other. Shivangi Dabas also requested the Traffic Department to stop issuing more challans for the same. The footage of Sneha Rajvanshi riding a bike while Shivangi Dabas sitting on her shoulders went viral all over. Both these women are in their early twenties and are spotted wearing red T-shirts and jeans.

The videos that are uploaded on Instagram came to the notice of the Ghaziabad cops and they issued challans for the same. They were sent to Sanjay Kumar and Manju Devi, the owners of the two bikes in the videos.